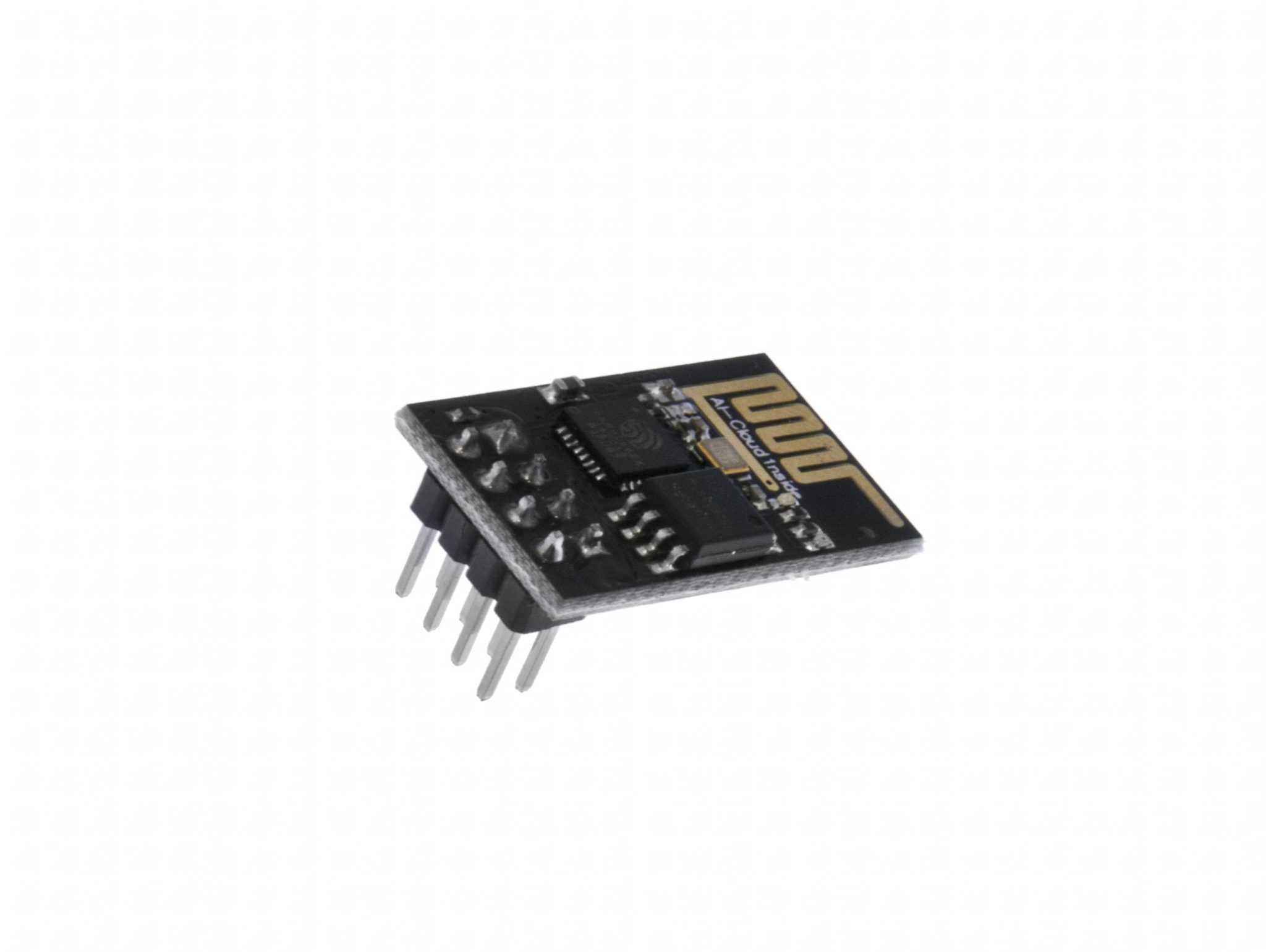 One of the cheapest “go-to” chipsets for building an “Internet of Things” device. With b/g/n Wifi and 8MBit Memory

Hackers were pretty excited when this chipset first came out from Espressif, as it had a great feature set for very little money, and much effort has been put into supporting it, including plug-ins for the Arduino development system. Now, the ESP8266 is a well respected module useable on any hacker’s bench. You can flash it to fill different rolls, with the default acting much like an old style AT-command set modem, and another mode that let’s it load and run Arduino code. Set it up as a micro webserver/access point. Pretty impressive!

Although there are 14+ versions of the AI-Thinker series of wifi microcontrollers featuring the ESP8266, the ESP-01 holds the distinction of being prized for it’s great combination of size, price, and functionality. The caveat to using such an inexpensive module is that there are some limitiations to be aware of, like the weird 2×8 row of headers that make it breadboard-unfriendly, the lack of any voltage regulation, and the inability to talk 5V I/O.

So what can you load onto it? There’s a few versions of firmware that you can load onto them, like:

There’s so many ways to bend this SoC (System on a Chip), but the basics are:

Of course, hit up your favorite search engine, but we found Andrew Cross a great resource for ESP information. Kudos, kind sir.

Only logged in customers who have purchased this product may leave a review.